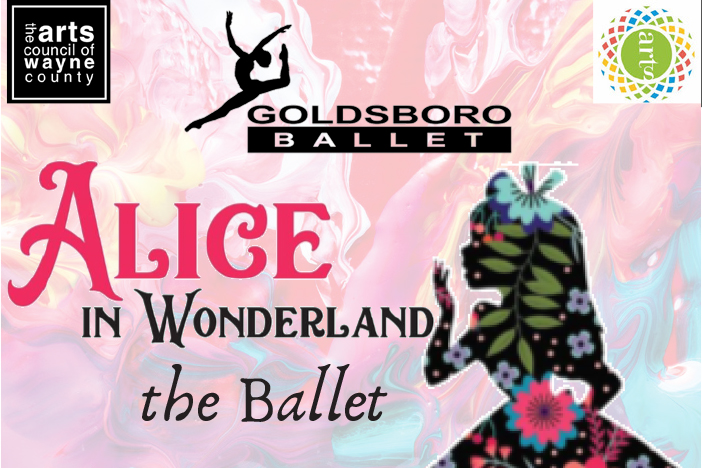 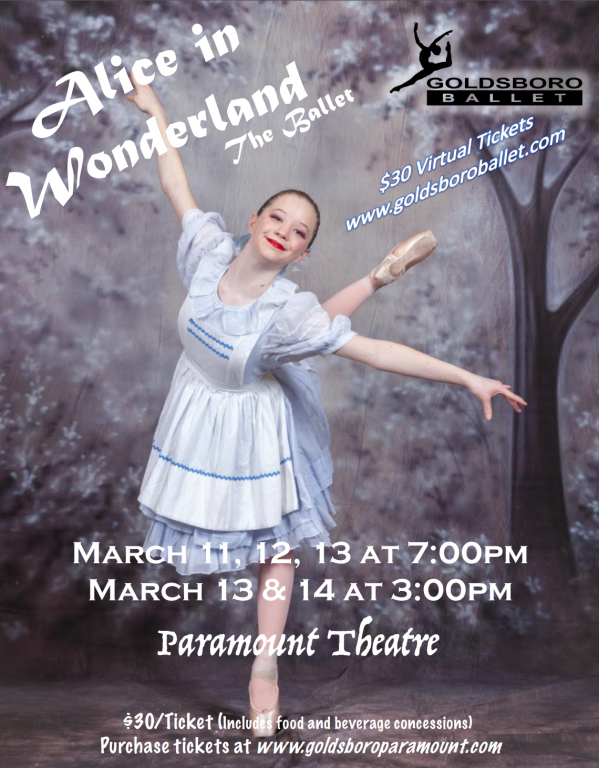 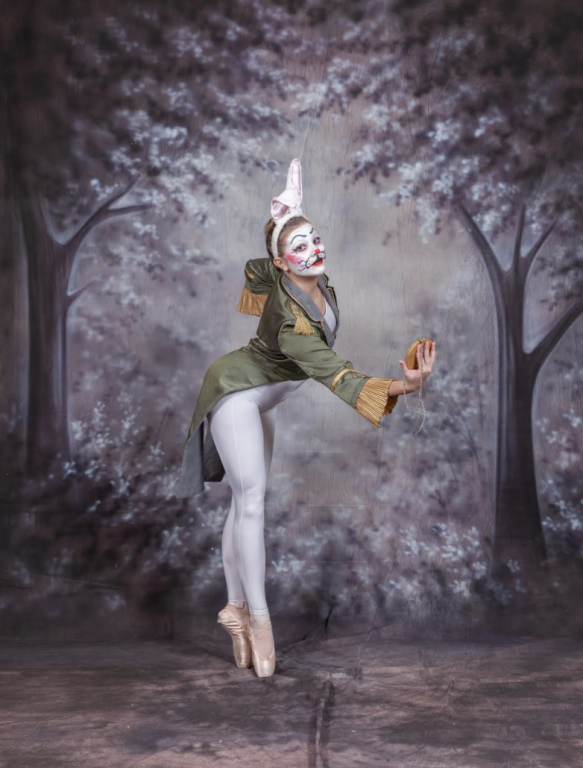 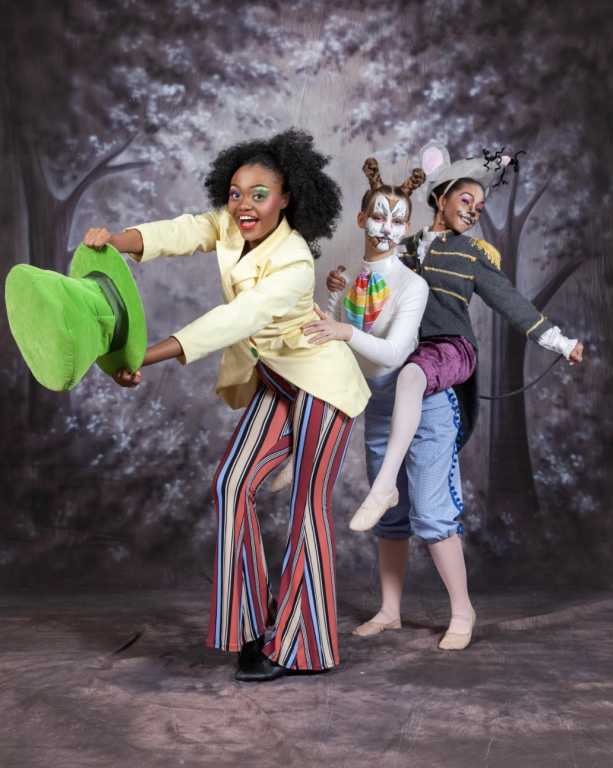 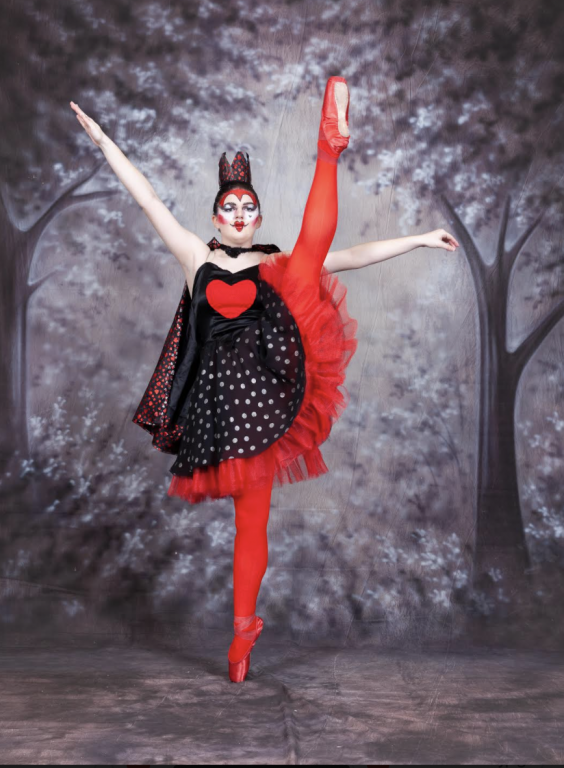 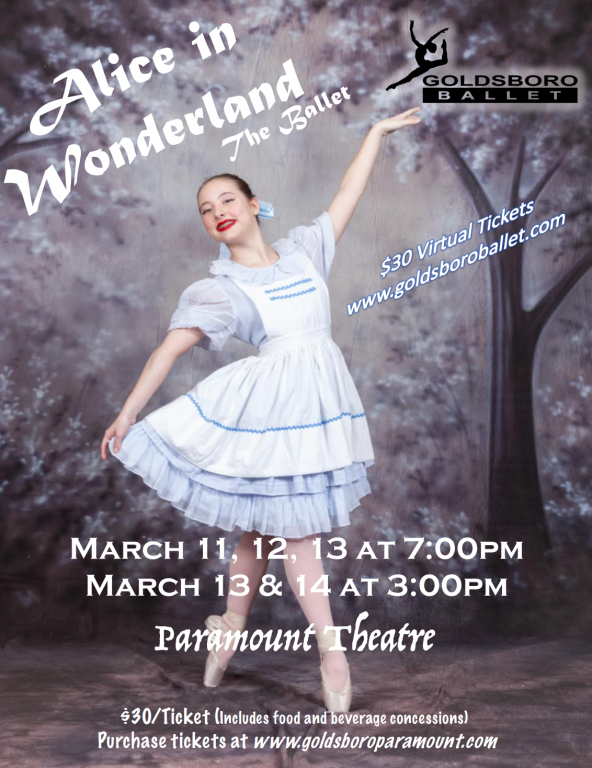 At long last, Goldsboro Ballet invites you to join us as we get to bring Wonderland to life at the Paramount Theatre after the show was shut down, due to the COVID-19 Pandemic exactly one year ago. March 11th -14th 50 lucky audience members, per show, will get to escape the stress of their daily lives as the audience is taken on a journey with Alice down the Rabbit hole to explore Wonderland.

We open with Lewis Carroll struggling as a professor and witness his escape as he creates fairy tales that could help anyone escape from reality. At a garden party on a sunny afternoon, Alice is surprised to see a white rabbit run through a tree down a rabbit hole. Being absolutely bored in her reality, she decides to take a leap of faith and follow the rabbit even as events become curiouser and curiouser…

As Alice journeys through Wonderland, she encounters countless strange creatures. She’s swept off her feet by the charming Knave of Hearts, who’s on the run for stealing the tarts from the Queen of Hearts. Confusion piles upon confusion. There’s a Duchess who has a baby that looks like a pig. Then Alice wakes with a start. Was it all a daydream?

Goldsboro Ballet first presented the Alice in Wonderland Ballet to the Goldsboro Audience in 2004. 2013 brought the Ballet to the Paramount Theatre for the first time and in Spring of 2020 Goldsboro Ballet was preparing for Opening night, when the Paramount Theatre was temporarily shut down for the COVID-19 Pandemic. March 2021 we will bring the Ballet back for its 3rd Debut filled with explosion of color, stage magic and inventive, sophisticated choreography. The music composition brings sweeping melodies that gesture to ballet scores of the 19th century.

Alice encounters a cast of extraordinary and instantly recognizable characters, from the bombastic Queen of Hearts, a playing card corps de ballet, a sinuous caterpillar and a comical Mad Hatter. But the ballet does not avoid the darker undercurrents of Lewis Carroll’s story: a mysterious Cheshire Cat and the unhinged tea party are all here in vivid detail. The delicious result shows Goldsboro Ballet at its best, bringing together technical Ballet with enchanting family entertainment.