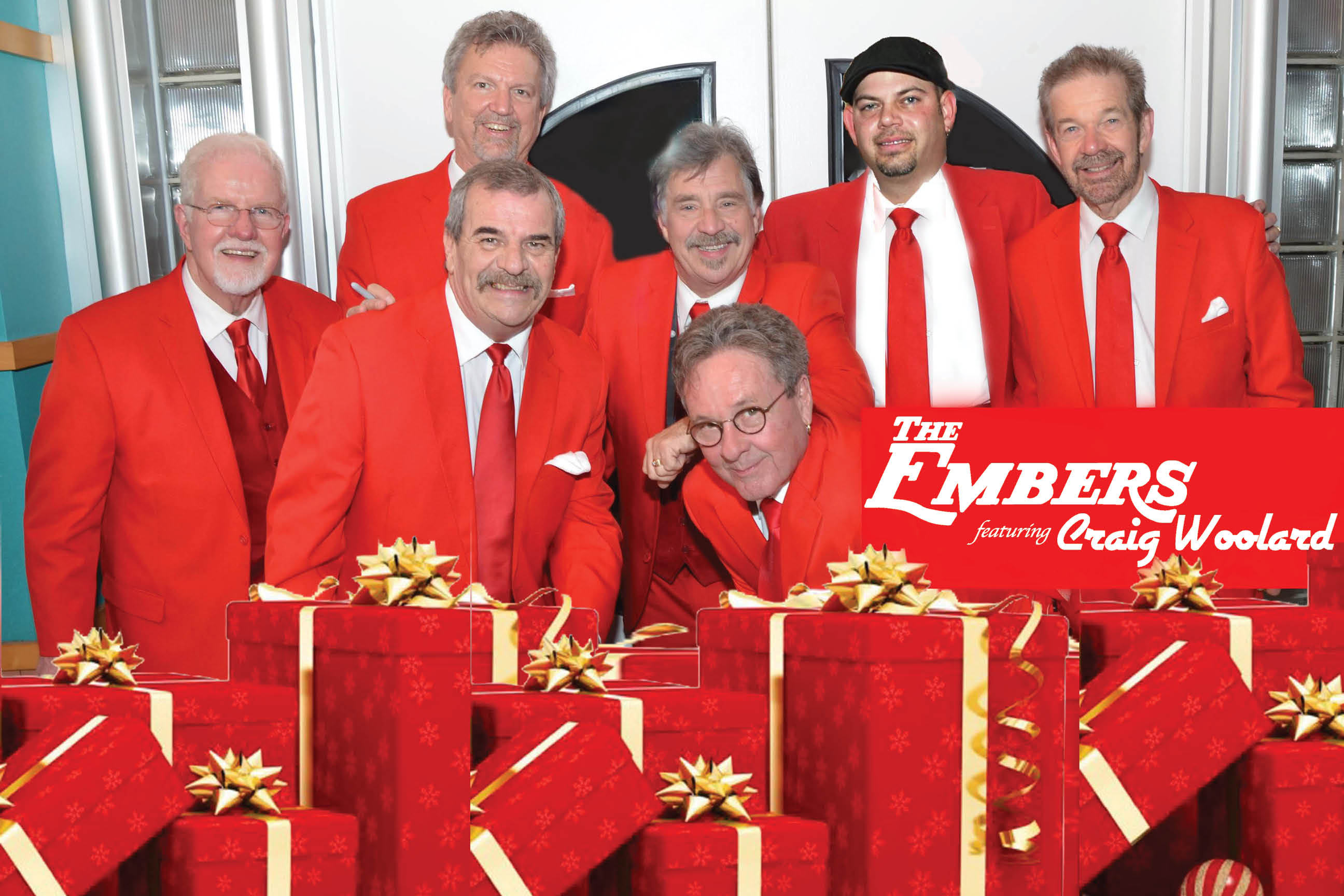 Tickets not yet available

*Military Discount is not offered for premium seating.*

There are many bands or groups today yet few that are considered a musical institution. The Embers have solidified their position as a thriving musical entity leaving their mark on listeners for decades.

The Embers boast numerous albums and single releases that span decades and all the crazes continuing to exhibit top quality showmanship, musicianship and professionalism. Having been inducted into the South Carolina Rhythm and Blues Hall of Fame and most recently the South Carolina Beach Music Hall of Fame, The Embers are honored to carry the moniker of North Carolina’s Official Ambassadors of Music. This group has traveled the country and the world and have performed for every event imaginable from the highest dignitaries to the hottest back yard frat parties. The Embers were also honored to travel throughout South Korea to perform their Christmas special ‘Christmas with the Embers’ on American Military bases for America’s troops in December of 2007 and 2008. The Embers were awarded Military Coins of Excellence for their distinguished service.

The Embers are widely considered a musical MARVEL and have laid the groundwork for what has become known as ‘Beach Music’ in the Carolinas, Virginias, the gulf coast region of North America and every beach in between. A true musical tradition with which many Americans have grown. The Embers consider the genre of Beach Music as“music with a memory” and have been creating lasting memories since its inception in 1958. Simply put – Heart and Soul, Rhythm and Blues, Feel Good Music.

Back by popular demand! Please join us for an evening with the Embers featuring Craig Woolard. Proceeds go to benefit the Empty Stocking Fund. Premium seating (Rows A-D) will include a reception and Meet & Greet starting at 6:30 p.m. Military discount is not offered for premium seating.