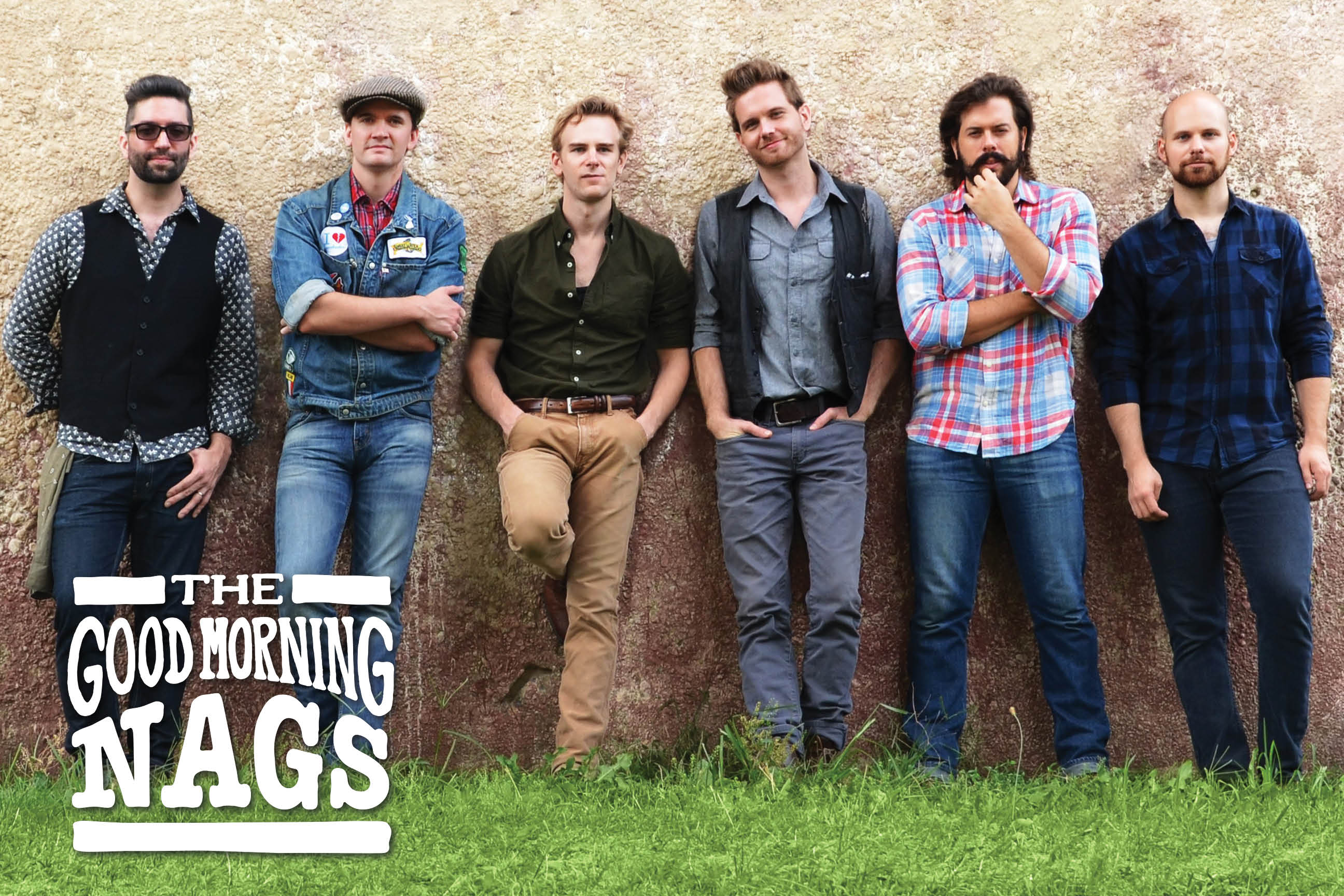 Tickets not yet available

The Good Morning Nags is an NYC-based roots-country band that finds inspiration in traditional American folk music as well as more contemporary styles. Back in the late 00s, Britt Reagan (guitar), Tim Hassler (fiddle), Titus Tompkins (drums/percussion), and Ben Quinn (mandolin) began playing music together at the University of Evansville in Indiana. As theater students, they often collaborated to score plays with music. Through these experiences, they quickly learned that their tastes, talents, and friendship formed a four-part harmony and they began writing their own material, culminating in an early collection of songs, “Rise and Shiner”. After graduating, the group dispersed across the country, before reuniting in NYC.